Ever been addicted to something? Where you wake up everyday and the first thing you think about is that thing? My morning routine consists of waking up, grabbing my phone off the bed stand and checking the Ski and Snow Report app. The past two years in the Rockies has been difficult for those addicted to the white, fluffy powder.

Friday morning I was awoken by a phone call from my friend Scott who starting regaling me with details about his epic day at Monarch on Thursday. Colorado had just gotten a storm and while the front range got nothing, Monarch got dumped on. 20 inches in 24 hours and rumor had it that they were going to get hit again. I had had it with waiting for the snow to come to me. It was time to go to it. Sent a few emails here and there saying that I will be absent for a few days but am still reachable and headed out to Loveland and pick up some Real Deal tickets.* 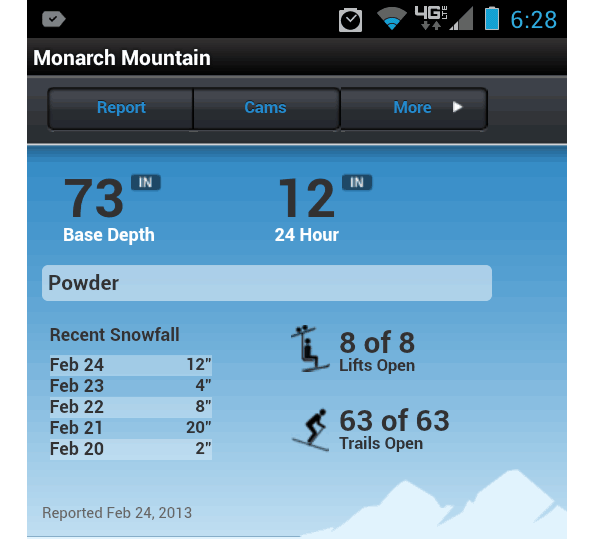 A screen capture shows what was happening in Monarch.

*Real Deal tickets are comp ski tickets available to workers of Colorado ski resorts. So someone who works at one resort can ski for free at virtually every other resort in Colorado except for 5. This is exactly why I work one day a week at Loveland.
A three hour drive later, I am on the slopes of Monarch. Now the drive out there is pretty rural and you’d be lucky if you had two radio stations to choose from at any given time before disappearing into white noise again. During the lonely long drive out, I listened to a lot of silence, a lot of country and admired the beauty of Colorado.

Some horses on the side of the road.

I did some solo skiing at Monarch on Sunday and then continued on to my old stomping grounds of Crested Butte to meet up with Scott and some old friends from last season. Spent the night catching up in a hot tub but hit the hay early; tomorrow was going to be a big day.

We woke up as early as our lazy selves dared (7 am), and suited up for a day at Monarch. We had a crew of six who took the day off to get in a pillowy day of skiing.

Getting lunch supplies at a King Soopers, Elsa gets her riding legs warmed up. 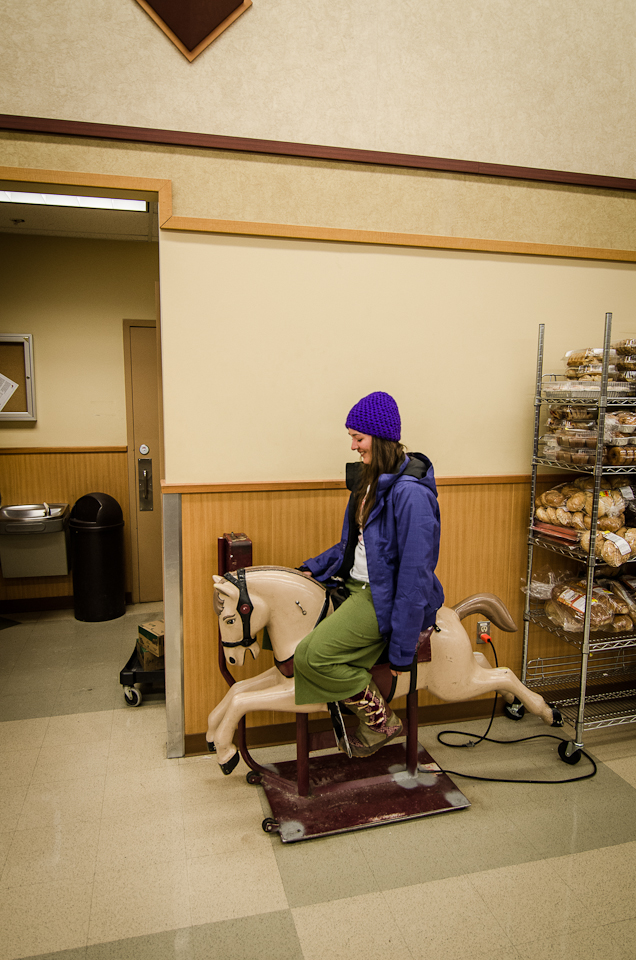 And a billboard asks the important questions. 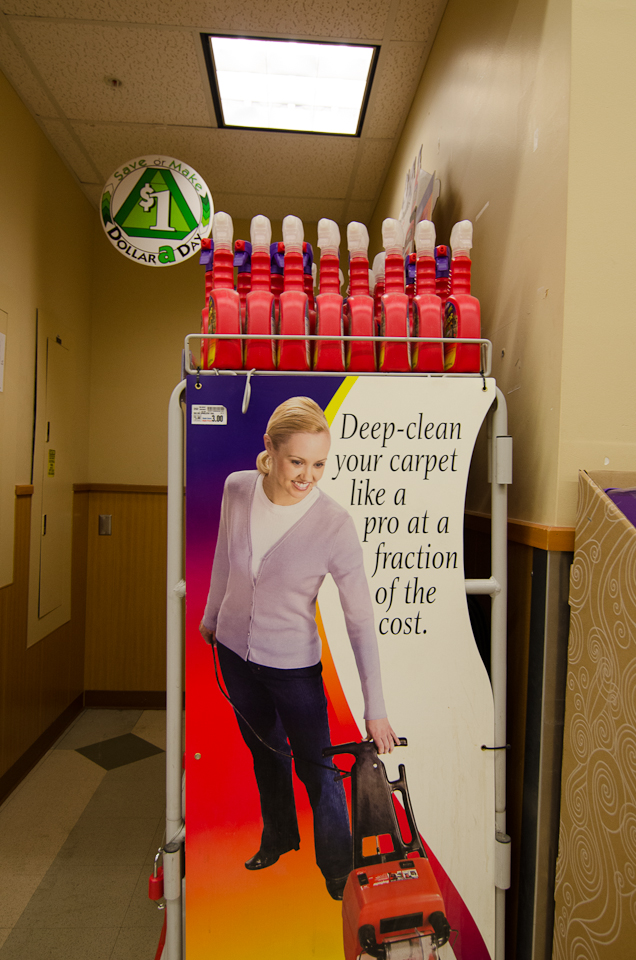 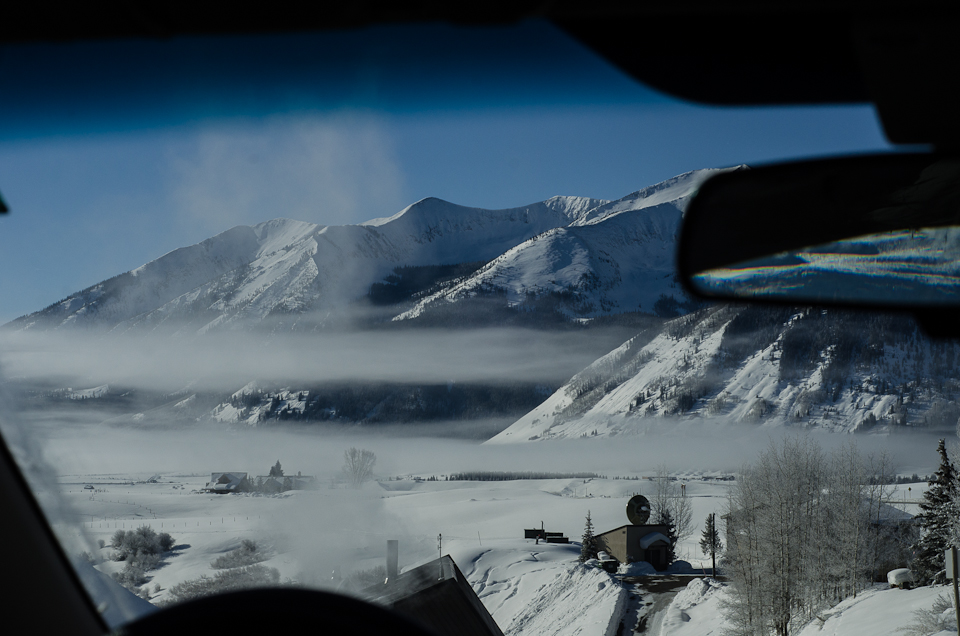 Comin’ up over Monarch pass. 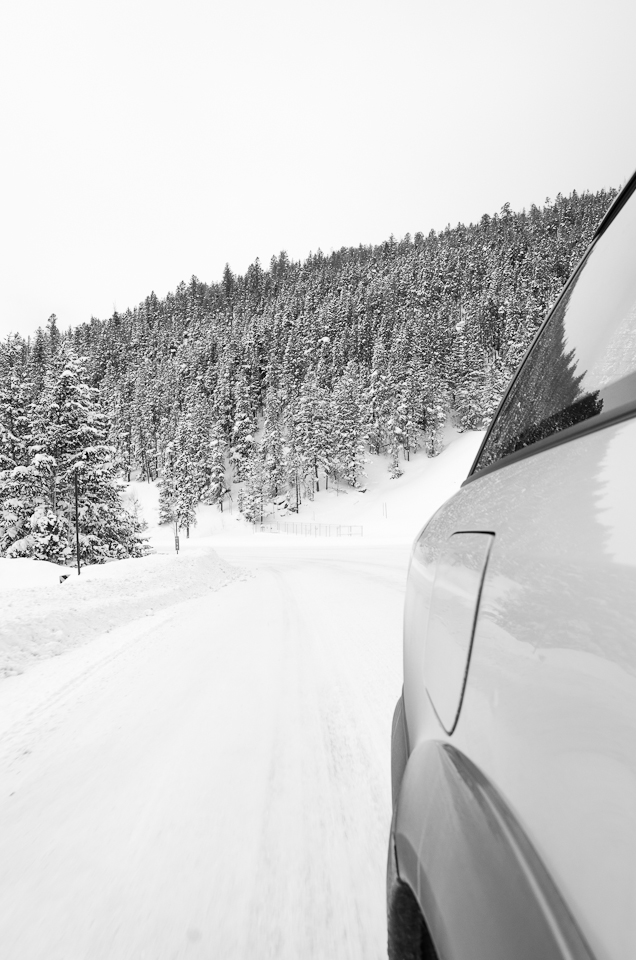 As we pulled int the parking lot, spirits were high It was a beautiful morning, blue bird after a snow. After getting all geared up we decided to hike the peak as the first run of the day. Now, I had made a resolution that I was going to take more video footage on this day (see below for movie) and wanted to take some shots with a “GoPole”. Essentially a pole that you attach your GoPro to to get some self shots from a different perspective (first ski shot in the video). I did not have the proper pole so I just duck-taped the GoPro to my ski pole. It is a lot harder than you think to ski with no poles, holding one arm out and keep it steady, and have a backpack full of camera gear in powder. After a few awkward falls, I said fuck it and put the GoPole away. First peak run was a lot less graceful than I had hoped. In the future, I’d definitely try it again but this time without the backpack.

Some shots taken with the DSLR I was lugging around.

Gabe shooting of a ledge.

And Andrew off the same ledge.

Coming down from the hike-to area. While it looks like Andrew is making a sweet, buttery turn, he is actually mid fall. (Also in the video) 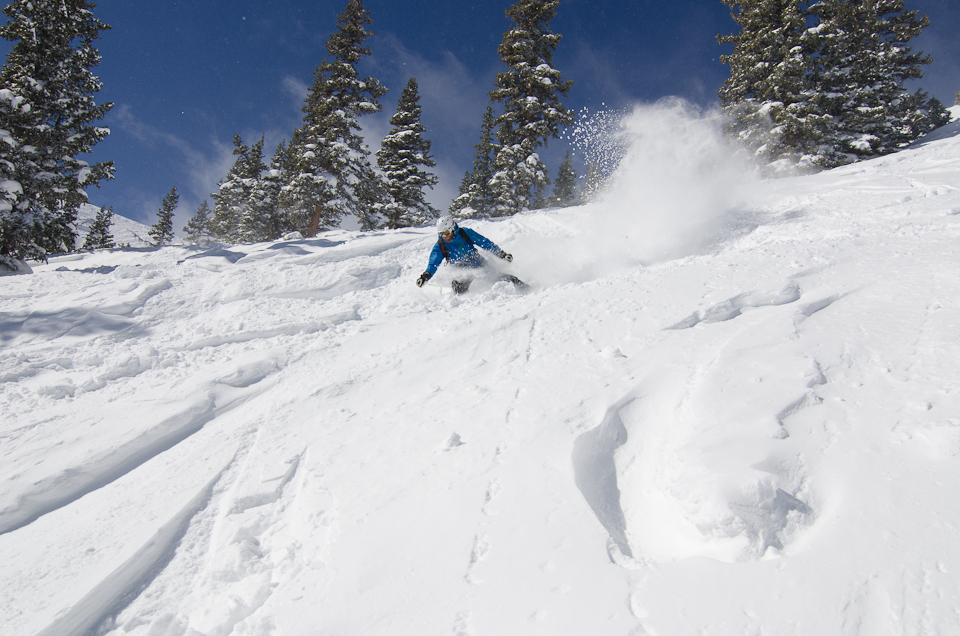 Found a sweet cornice to huck off of. The series:

Scott going big on only his second year of skiing. 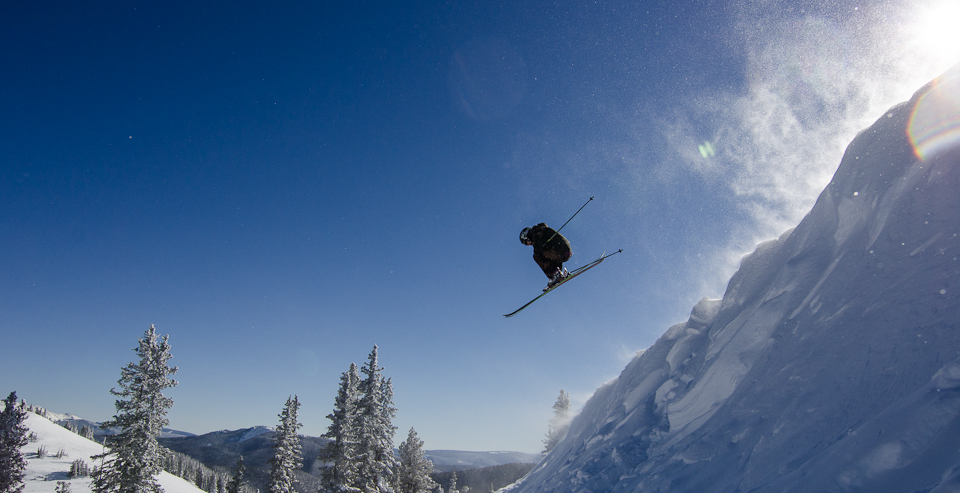 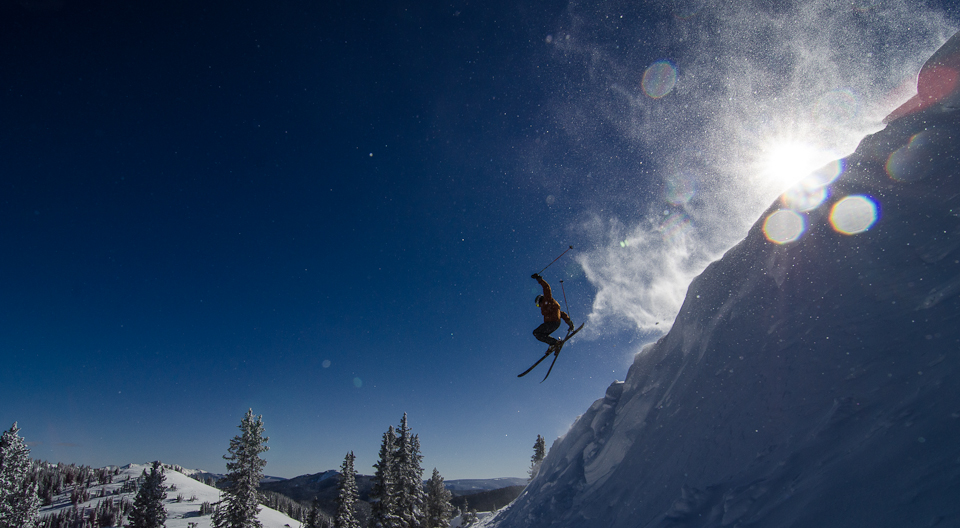 Aaaaand the money shot of the day. Andrew boosting off the cliff and powder trail glowing in the sun. Gnar. 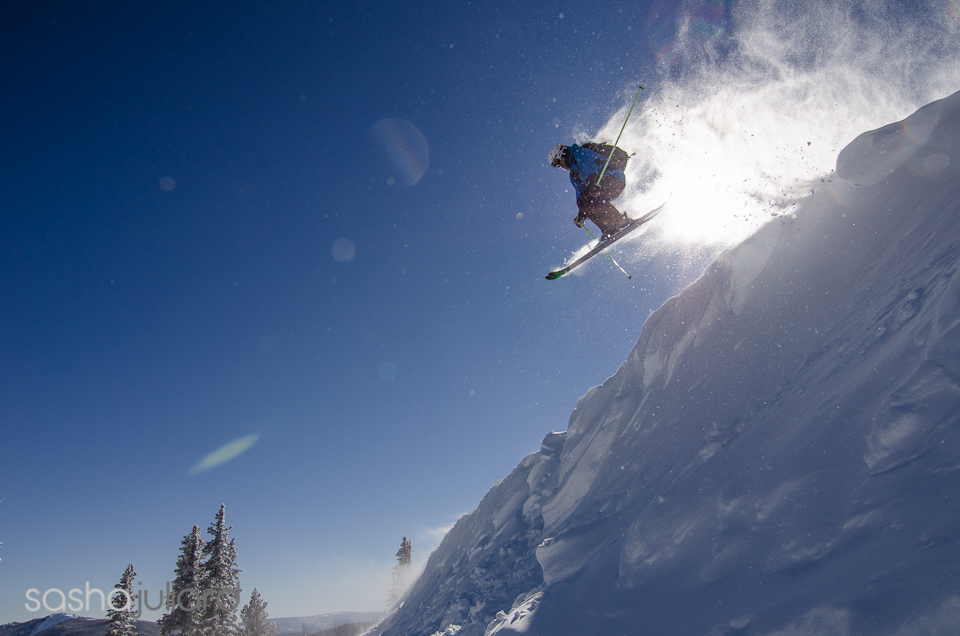 The video from this glorious day. Making videos is extremely tedious and time consuming. I don’t want to admit how long it took to make this 4 minute video. Make sure you stick around till the end for a bonus.

A stoked Scotty on the way back to Crested Butte. A day well skied and snow in the handlebar. 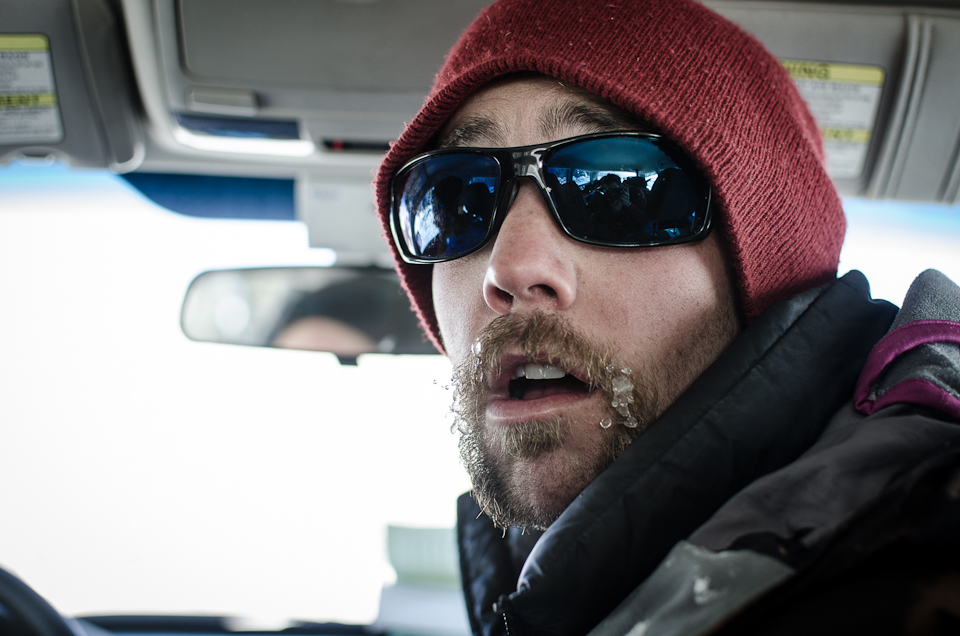 Here is a recent one to Honduras